We are the largest creative innovation agency in the world. Connect + Develop + Innovate. 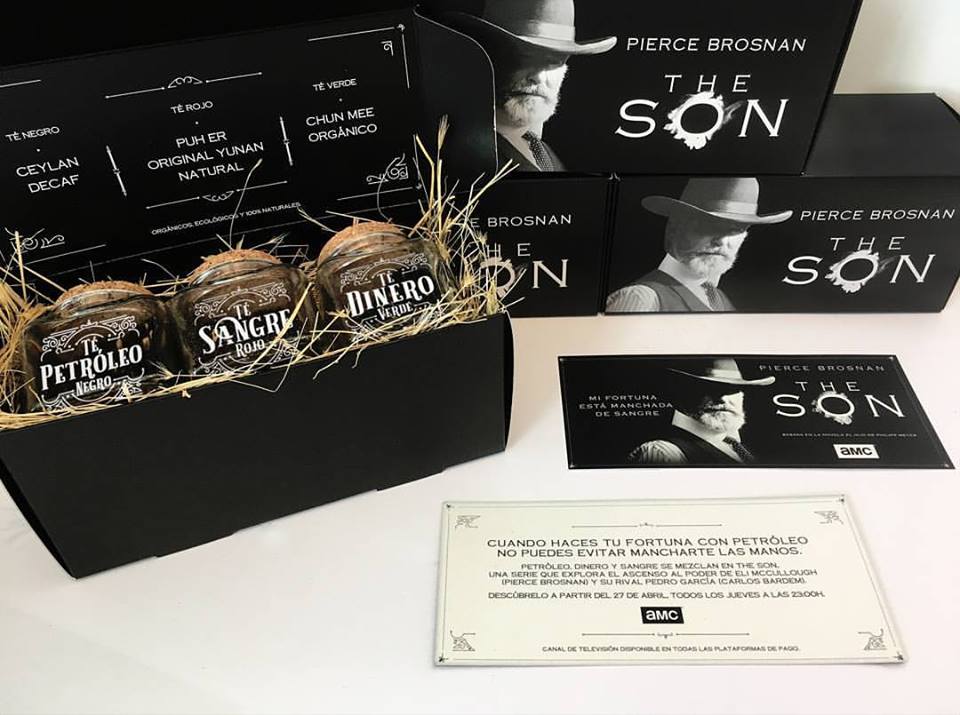 The television channel AMC was looking for a direct marketing proposal for the release of ‘The Son’, Pierce Bronsan’s new series. A simple and quick-to-execute idea, but one which would communicate the essence of the series.

– We replicated an old concept, ‘Texas Teatime’, also known as the oil boom period in Texas in the early 20th century.

– We linked this concept to the main themes of the series: oil, blood and money. In this way, we created a pack in the purest Texan style.

– This was then sent to AMC media, blogs, influencers and strategic clients.