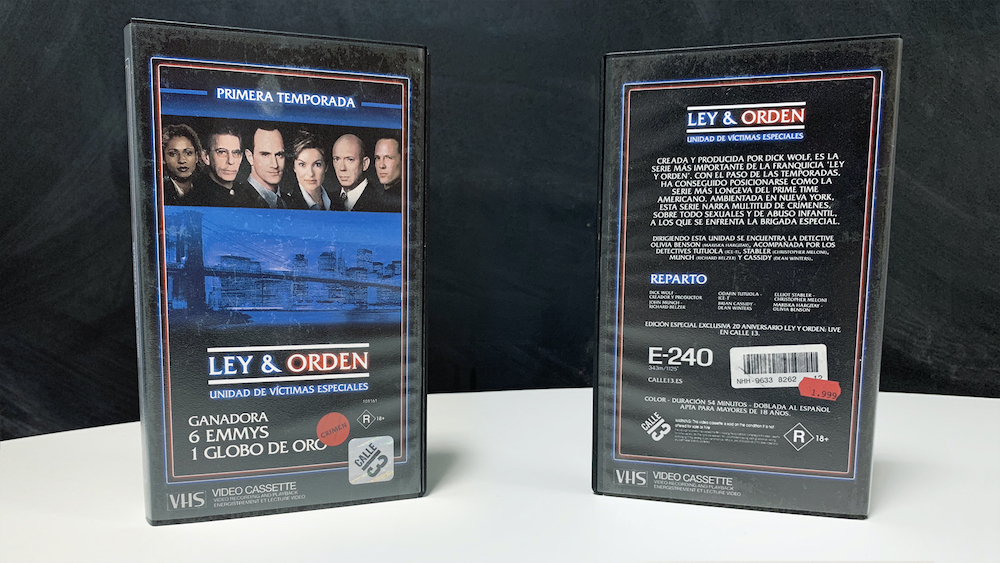 What were we asked to do?

On the occasion of the twenty anniversary of Law and Order: UVE broadcast on the Calle13 ,  we were asked to create something special, a good birthday gift to celebrate a series which has been broadcast on the channel for a number of years and has reached many milestones in the history of television.

This action is representative of the audio-visual evolution in the last twenty years. Years ago, series were housed on a VHS tape, but now a television network can give us a broad variety of audio-visual content.

And not only that, after 20 years the VHS tape has become extinct and we have managed to recover it with this version. A box containing a hard drive with the most important episodes of Law and Order: Special Victims Unit. 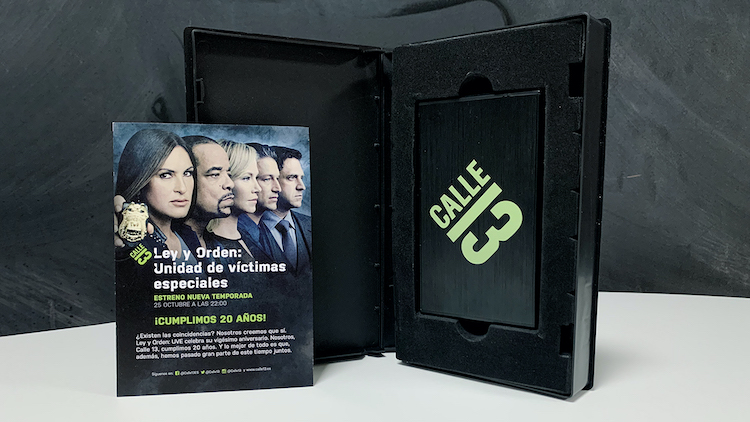